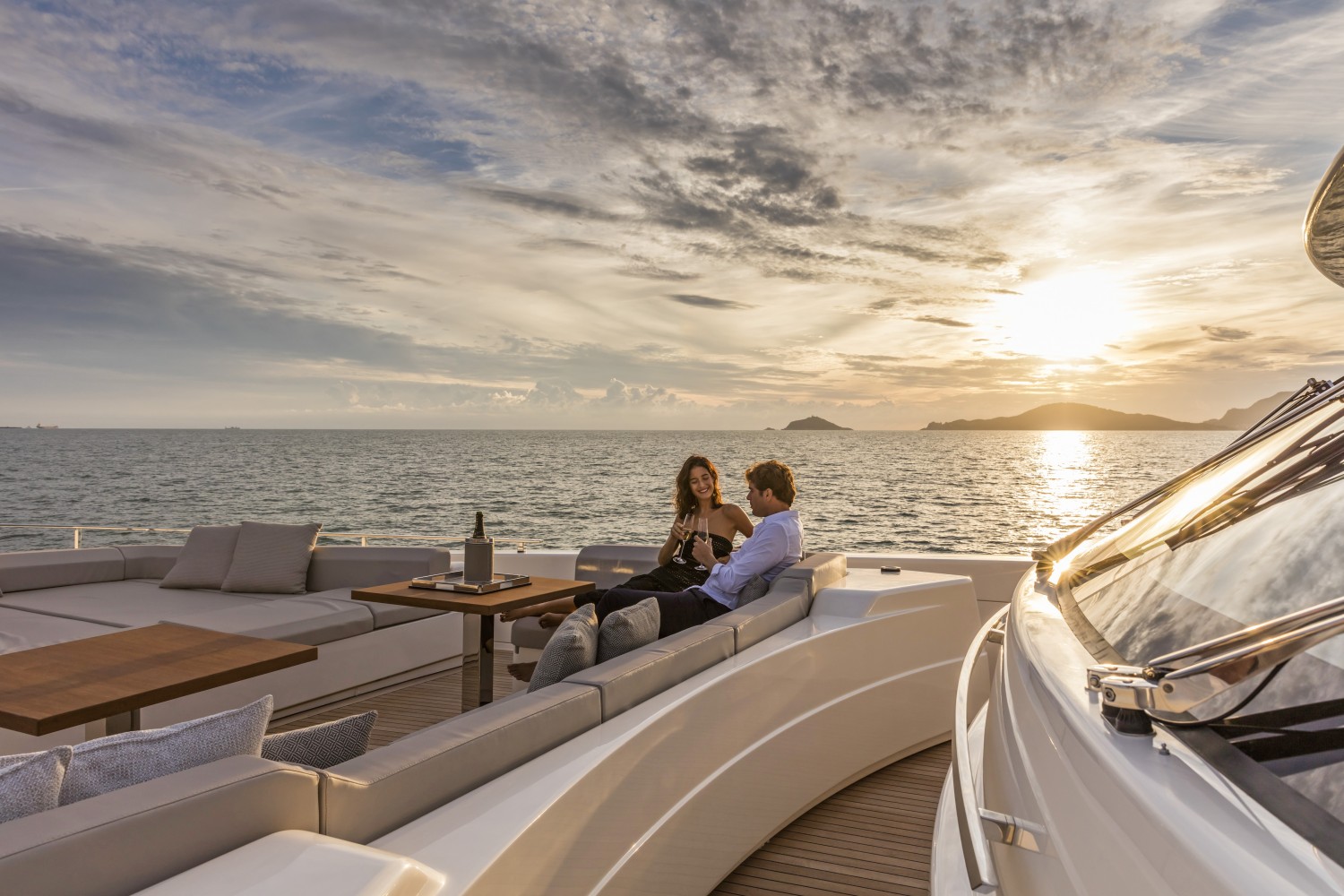 At the 26th edition of the Monaco Yacht Show, the Group exhibits Custom Line Navetta 37 and outlines the prospects for further development of the new Superyacht yard of Ancona.

After the six world premieres presented at the Cannes Yachting Festival, Ferretti Group arrived at the recent Monaco Yacht Show to display its offer in the super and mega yacht segment. 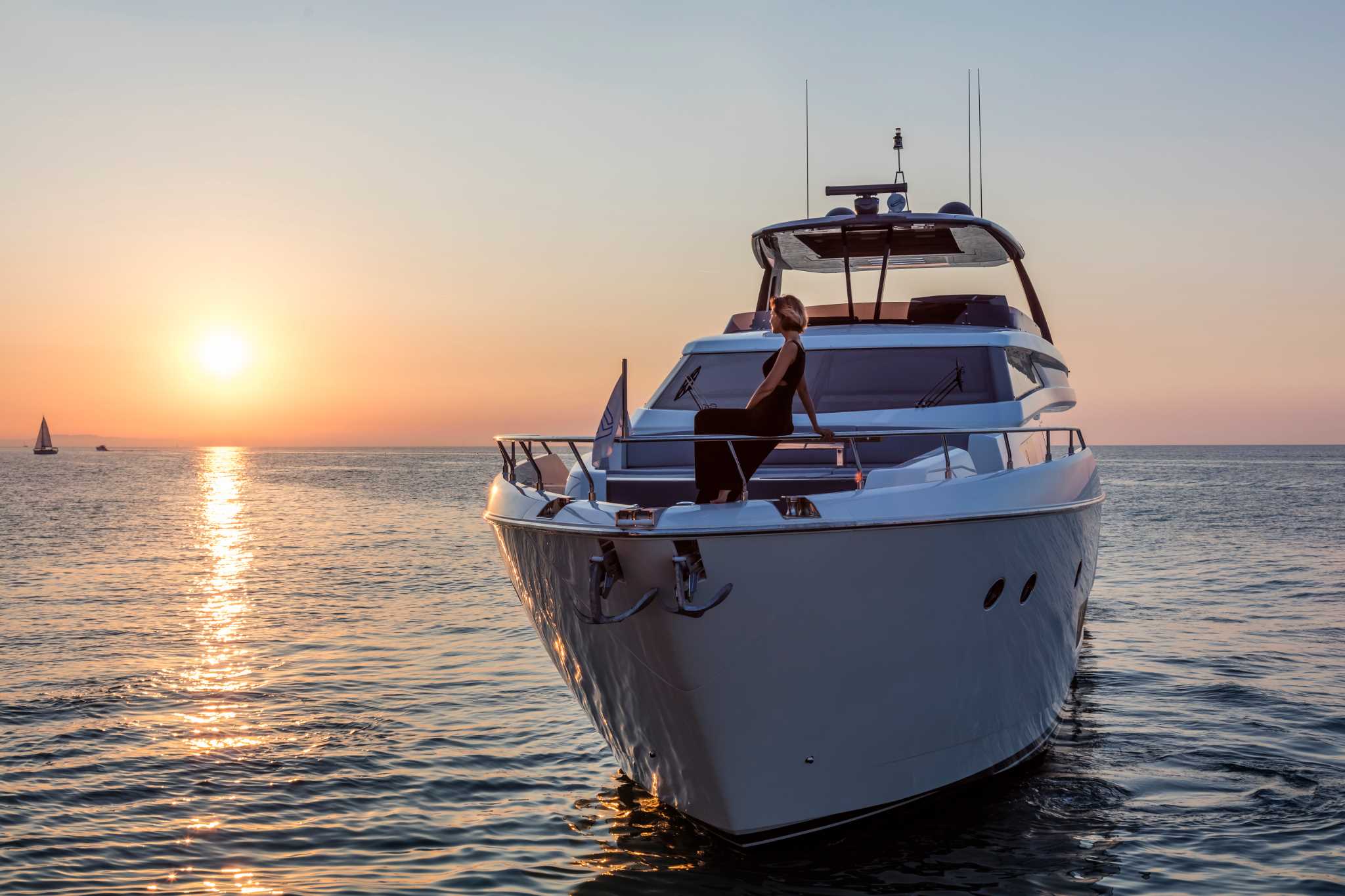 The attractions are the models of the brands CRN, Riva, Pershing and Custom Line, which celebrates 20 years of history and success with the new Navetta 37, flagship of the semi-displacement fleet, on display in Monaco after having conquered the audience of the Cannes Yachting Festival.

During the press conference that took place in the opening morning of the show, Mr. Alberto Galassi, CEO of Ferretti Group, illustrated, together with Commercial Director, Stefano de Vivo, the Group’s development plan in the super and mega yacht segment, hosted in the yard of Ancona. The yard became, with a major investment on production capacity, the “Superyacht Yard” of the Ferretti and the new centre of excellence of Ferretti Group for the production of ships in composite and light alloy from 30 to 90 meters in length, and is destined to become one of the greatest production plants of this type in Europe. 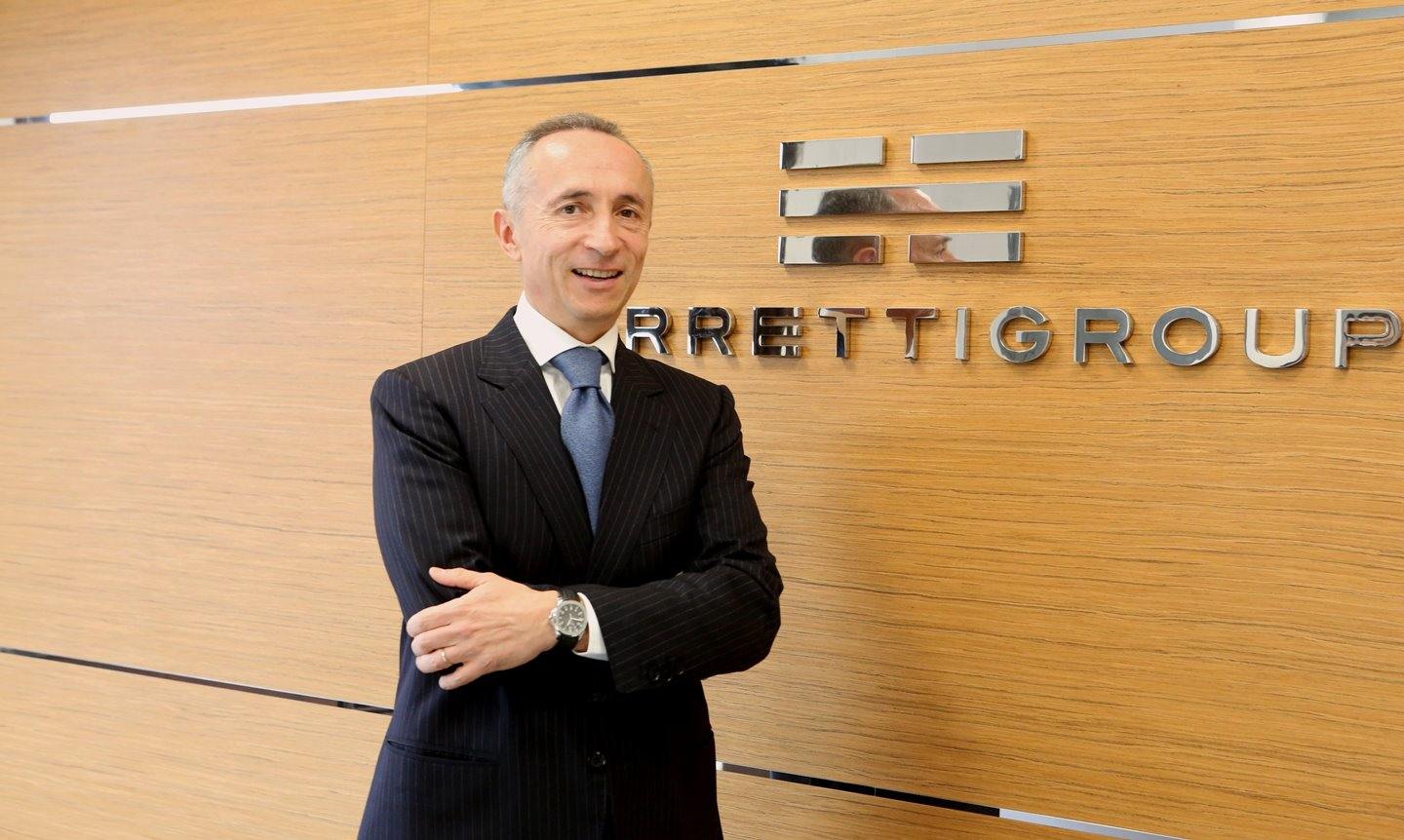 “We believe in the potential of the segment of super and mega yachts. We have invested heavily in recent years to expand Riva’s and Pershing’s offer in this market and we are extending and completely renewing the Navetta fleet of Custom Line” – proudly explained the Chief Executive Officer, Mr. Alberto Galassi.

“Moreover, regarding CRN, we are obtaining a steady growth in revenues and we have expanded the range of naval platforms and design alternatives are a ll completely custom made. The commitment and resources devoted to the production plant in Ancona today allow us to give birth to the new “Superyachts Yard” of Ferretti Group that will represent the naval excellence of our Group in the field of super yachts, semi-displacement vessels and fully custom mega yachts: flagships of the Italian naval industry, synthesis of luxury, innovation and technology.” 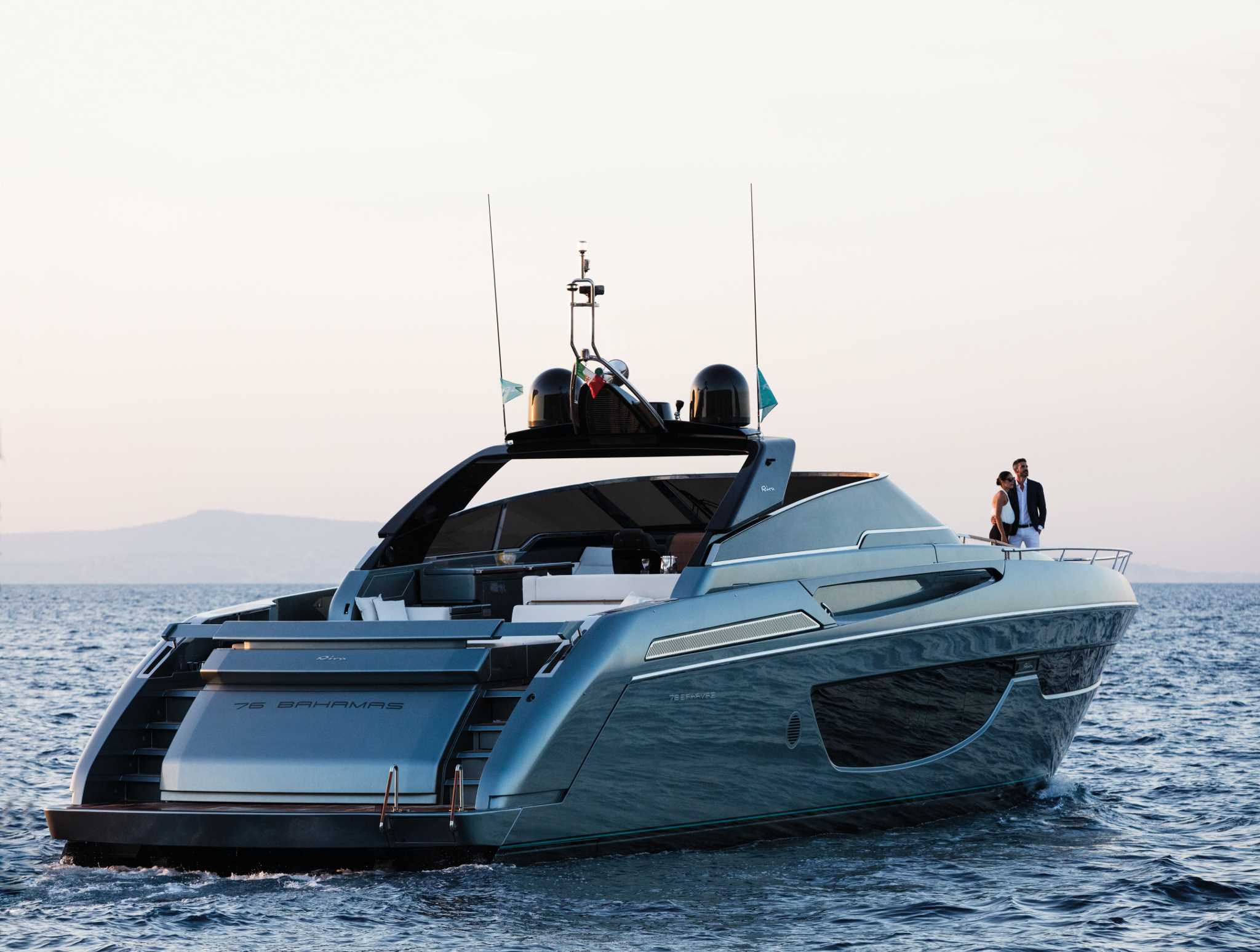 The shipyard of Ancona, that gained a substantial know-how in over 50 years of history, is spread over an area of nearly 80,000 square meters, of which about 25,000 is covered. The marina has a width of 250 meters and is equipped with three large docks, two 100 and another 40 meters long ones, dedicated to the set-up and completion phase of vessels and mega yachts.
This year already € 2,5 million have been allocated for the shipyard’s further development and the amount will reach 20 million euros by the end of 2020. This investment will fund the modernisation of equipment already in use and the realisation of new infrastructure on the ground and in the sea in order to further facilitate new models’ construction and the development of refitting activities. 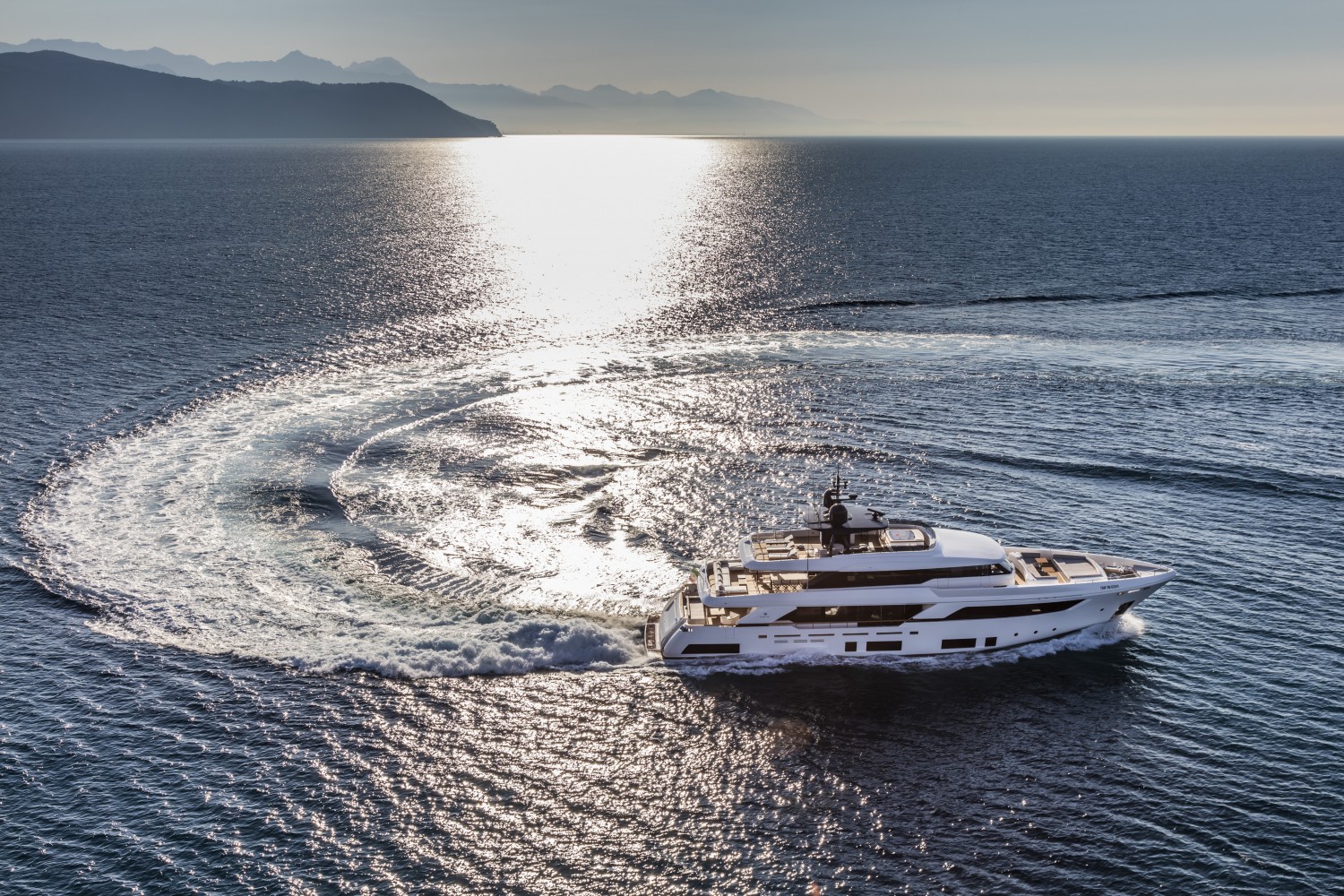 The Group’s super and mega yachts segment generated in 2015 an order intake around € 87 million, resulting in a year end forecast of strong growth, expected to reach € 201 million of order intake, of which more than half has been already acquired as of the 31st of August, 2016. As for the year of 2017, we expect to continue the progressive growth. In 2015, the yard in Ancona has achieved a production value of over € 61 million and we expect to close 2016 with a value of production twice that amount, approximately 132 million euros.

During the press conference, in addition to the new Navetta 37, the evolution of the semi-displacement Custom Line fleet has been presented, through the introduction of the new Navetta 33 and the future flagship Navetta 42, currently in the early stages of construction at the “Superyacht Yard” of Ancona and to debut in 2018.

The press conference ended with a major announcement for Pershing: the first unit of Pershing 140 had been sold. This event marks the debut of the coupe icon with great performance in the light alloy superyachts segment. The new model, under construction in Ancona will be launched in 2018.