Chat with us, powered by LiveChat Skip to content
This gorgeous little island is truly the undiscovered pearl of the Andaman Sea with long white sandy beaches, clear blue sea, coral reefs, it’s the perfect place to really get away from it all. The two main bays are Aow Yai , the sunset bay, and Aow Khao Kwai – ( Buffalo bay ).Both bays have long curving white sandy beaches. If you get bored of the beach life then there’s always the inland experience. Ko Phayam island has lots of good mini hikes into the hills, forests and jungle. 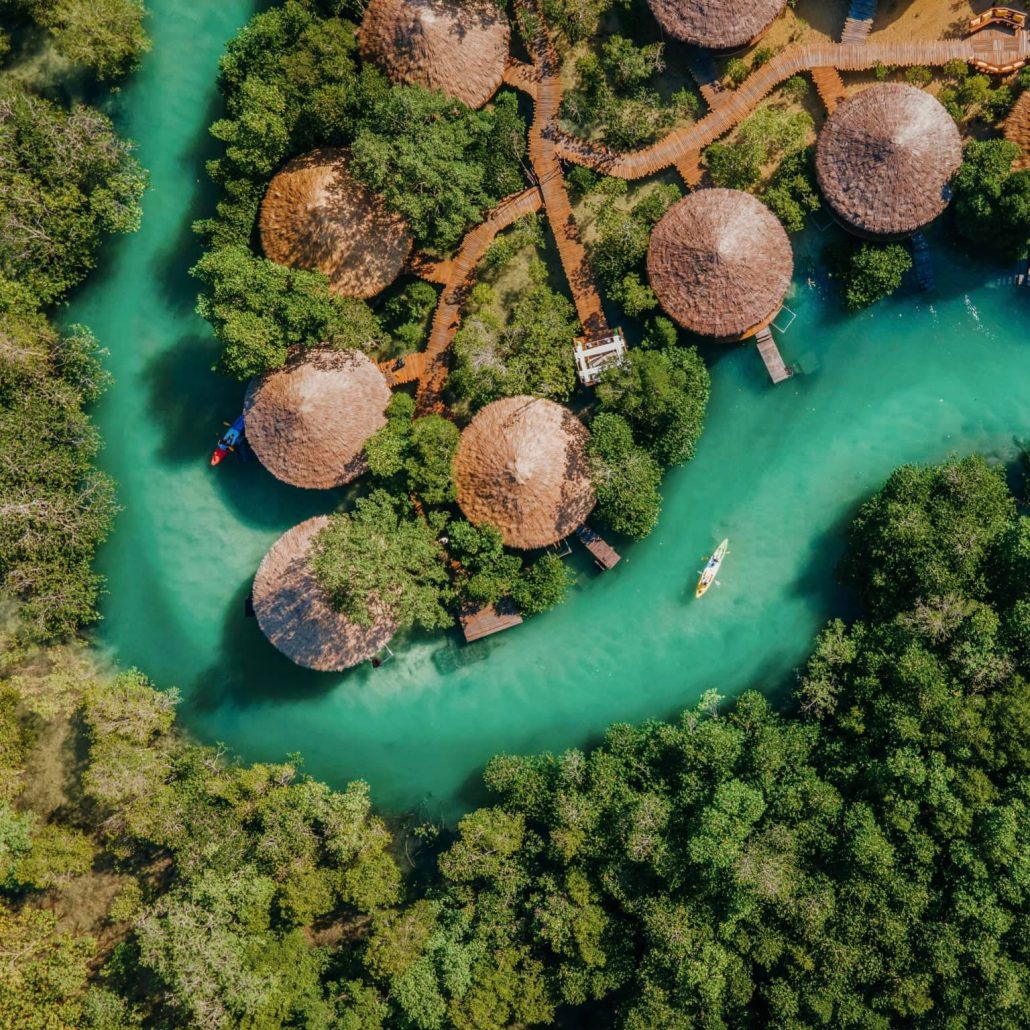 Koh Phayam, kangaroo shaped small island, 35 Km from Ranong , opposite Burmese St. Matthew’s Island is the main tourist spot in Thailand Ranong province . Koh Phayam is only 10 km long and 5 km wide with population around 500 people. Ko Phayam is still surrounded by natural environment. Small roads without cars – just motorcycles and bicycle for cruising around. Electricity is delivered by solar energy as well as private generators. It takes two hours from Ranong to Koh Phayam by boat and 45 minutes by speed boat. Boat service twice per day all the year. Price: 200 Baht per person. Speedboat service run in high season only 5-8 times per day , 350 Baht per person.

Only some accommodations open all the year, most low key bungalows closed, as well as restaurants and shops . There are many beaches around this island , most accommodation are in Aow Yai ( Long ) beach and Aow Khao Kwai or Buffalo Bay beach. Ao Yai is the largest bay 3 km long on the west-coast . 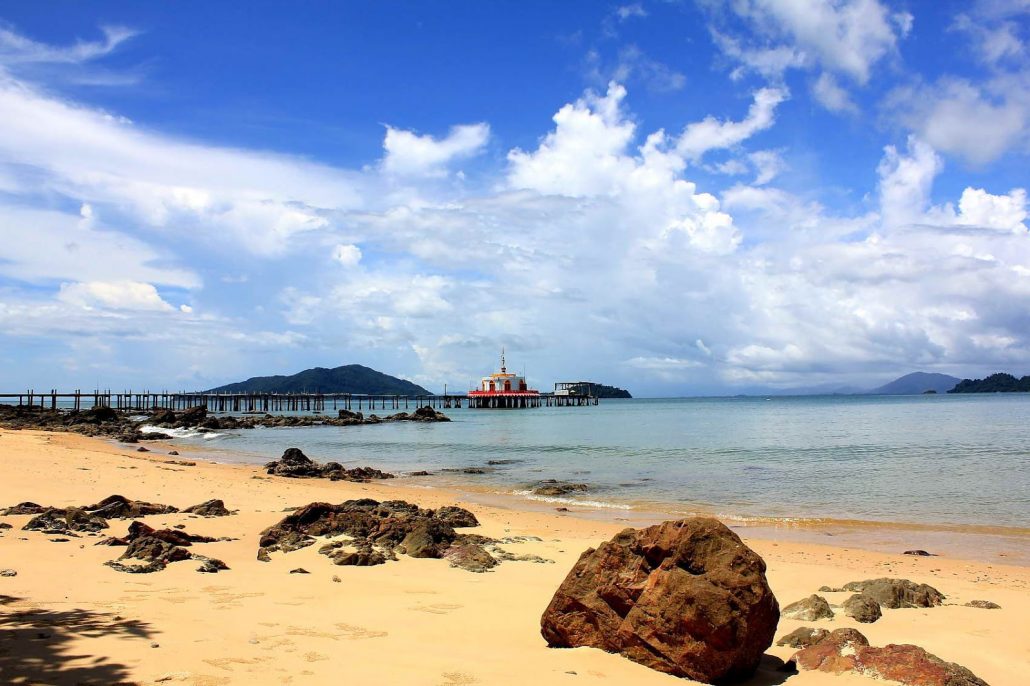 Music parties in high season and not expensive accommodation (from 300 Baht per night) attract young crowds. Buffalo Bay is a quieter beach, especially south east part of the bay. More upscale and better quality resorts dedicated to families with kids, groups and middle age pairs. The main village at the pier offers several restaurants, food stalls, shops selling food and supplies, as well as diving company offices and a motorbike rental shops. Tourists also can hire a motorbike at shops along the road to the resorts with price for daily rental from 150 to 300 Baht. Forested hills of Ko Phayam are a habitat of monkeys, wild animals and a variety of birds like Hornbill and Sea Eagle. At the south end of Buffalo Bay is a small sea gypsy settlement.

Where to stay: Ko Phayam

The most popular beaches are Ao Yai and northern Ao Khao Kwai, both with at least a dozen places to stay and clusters of restaurants and shops on the access lanes. Southern Ao Khao Kwai is great for peace and quiet, but not for swimming at low tide. Some good options can also be found closer to the pier on the east coast, at Ao Mook and Ao Mae Mai along with some scenic inland locations. If seeking seclusion, check out Ao Kwang Peeb. Expect rates at most resorts to jump by around 20% from mid December through January and perhaps through February. Many places are not listed on the big booking sites, so it’s often best to contact them directly to reserve a room. Also be aware that many places are very similar; we chose to feature some rather than others by the thinnest of margins. Do read to the bottom of accommodation listings to find out about similar choices in the same areas. 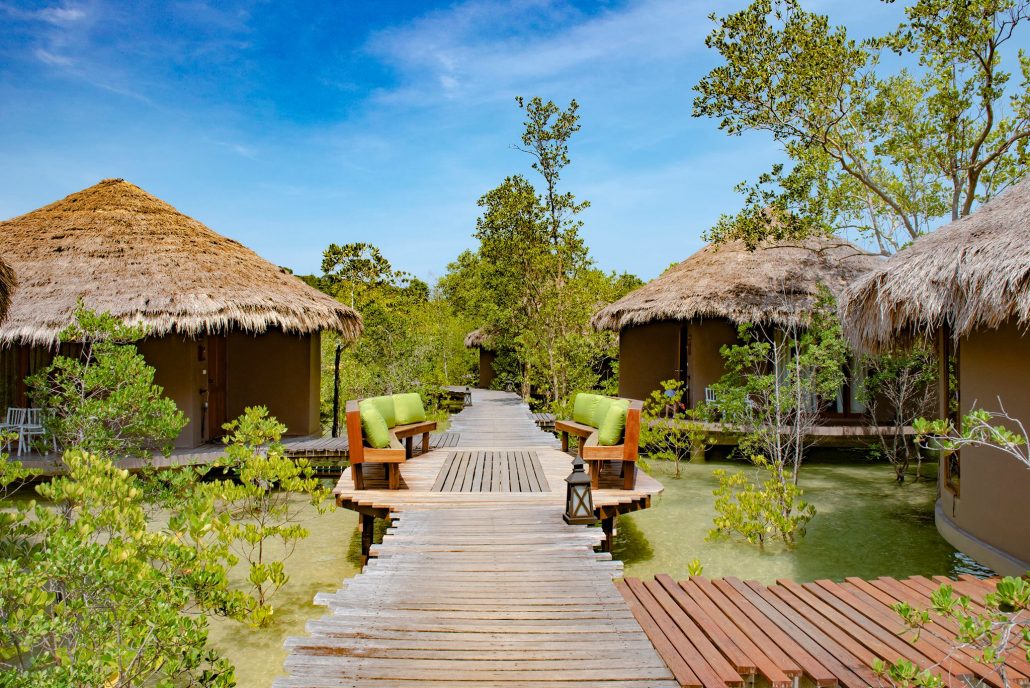 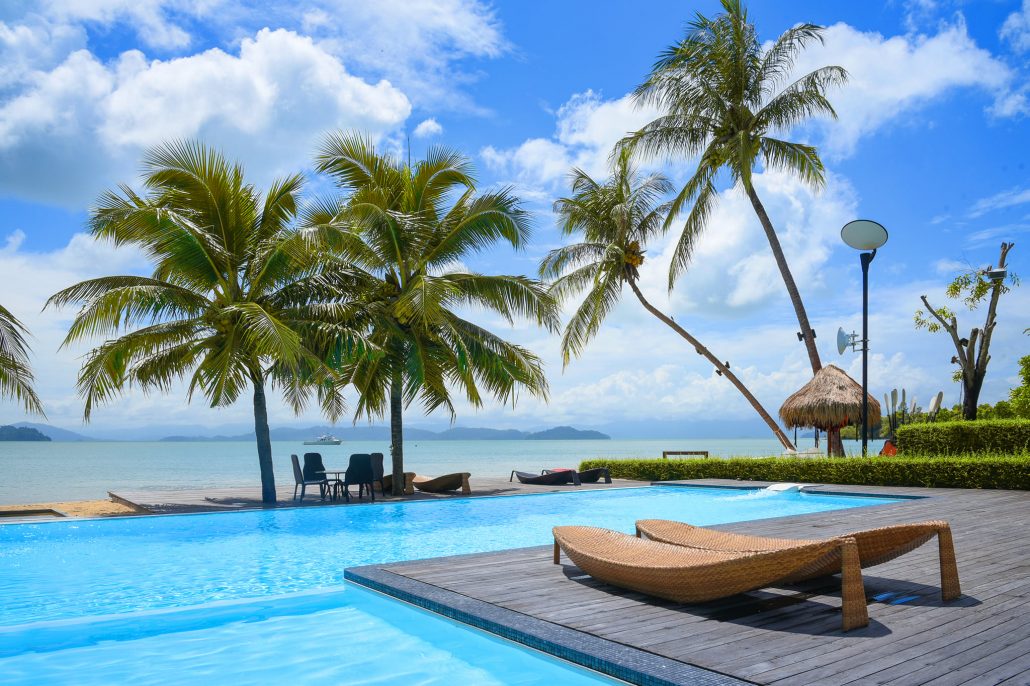 Where to eat and drink: Ko Phayam

From the beach resorts to the village pubs and the inland restaurants, Ko Phayam’s food and drink scene has enough variety to keep even the long-stayers from getting bored.

The east-coast village boasts Phayam’s most extensive collection of freestanding eateries and bars. A standout is Sabaidee, which is open for breakfast, lunch and dinner on the lane running south from the pier. Big portions of Thai food are tasty and reasonably priced, including a massaman curry that’s large enough for two to share and made with enough curry paste for a nice burn following the potatoes, chicken and peanuts. You’ll also find fresh coffee and excellent sandwiches on fresh breads. 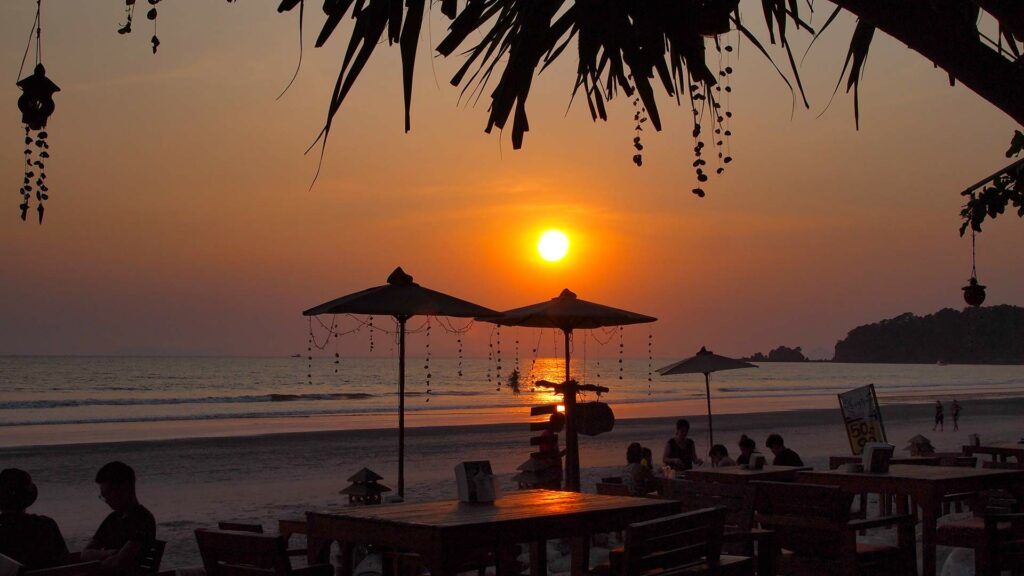 Head a little further south down this same lane to find a few large seafood restaurants with seaside decks that fill up with Thai diners on weekends. At Kho Phayam Seafood we had a good pla neung manao featuring a whole white snapper simmering in a broth of lime, garlic and chilli. Other options include som tam with horseshoe crab and grilled prawns and squid, with prices running from 100 to 220 for most dishes.

Only resort restaurants are found on the sand of South Ao Khao Kwai, where June Horizon serves tasty deep-fried som tam and other decent Thai dishes along with fresh coffee, beer and cocktails served to tables set up on the sand. It’s enchanting when the soft lanterns are lit up after dark. While we didn’t try it on our last visit, we’ve also heard good things about the Western food at Buffalo Bay Vacation Club’s large beachfront restaurant. 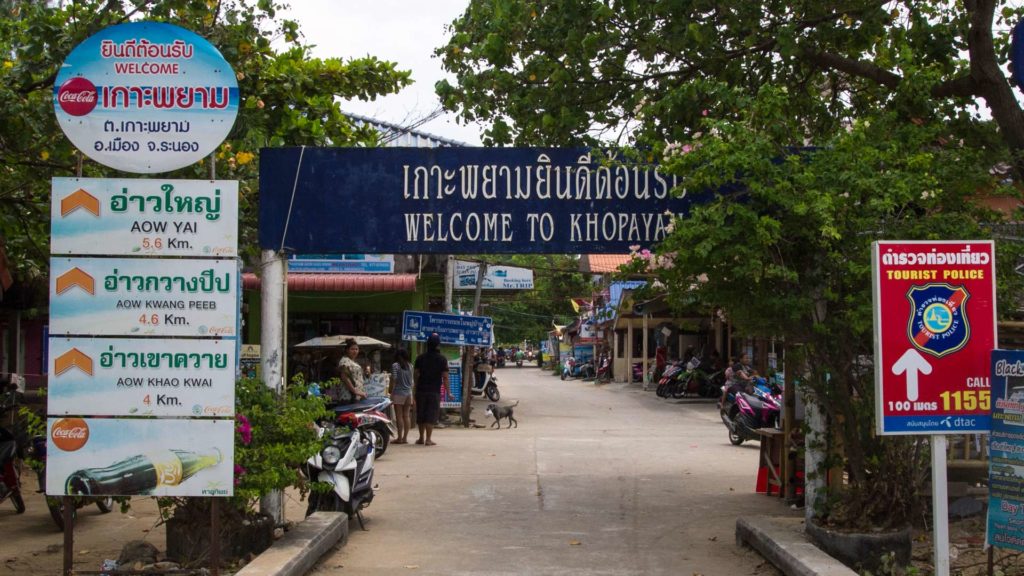 Walking is not a great way to get around Ko Phayam due to the relatively long distances between beaches. Motorbike taxis hang out near the pier and charge 70 to 100 baht to take you any place on the island. Resorts can call them to pick you up whenever you need.

Phayam’s narrow lanes are great for bicycling along the mostly flat or rolling terrain. Quality mountain bikes can be rented at Took’s Place in the village for 100 baht per day. Several resorts rent out bicycles as well.

Motorbikes can be rented for around 200 baht per day at several places in the village and most resorts.

There are no cars or trucks on Phayam, just the motorbikes and a few tractors and ATVs. Be careful when riding, as deep ruts and patches of slippery sand often appear without warning on the not-so-well-maintained lanes.