Ao Sane is a rocky beach on Phuket’s southwest coast and is one of the island’s loveliest little secrets. The diving and snorkelling at this beach are excellent and the beach’s character is encapsulated best by the word “tranquil”. Ao Sane has enough trees lining its edge to provide shelter from the sun at all times of the day and also has ample sand space for sun lovers, too.

This 200-metre-long beach enjoys regular return visitors in high season and, as it has a series of rudimentary bungalows and a restaurant, it resembles a small community at times.

To get to Ao Sane, head to Nai Harn Beach and follow the road under The Nai Harn, the 5-star hotel at the northern end of the beach. After driving through the hotel grounds, head up over the hill and you’ll come to a small parking lot with a road leading down to the beach. It’s possible to take a vehicle down this hill but, since the drive back up is challenging, most visitors choose to park at the top and walk down.

For many, the charm of Ao Sane is its ruggedness and its uncomplicated natural attractiveness. There are no sun loungers or bodyboards for hire, no jet skis or kayaks and no wandering hawkers to disturb you. On the other hand, there is a shower and toilet halfway along the beach, adjoining the restaurant.

Ao Sane is never crowded but there are some prime shady spots that get snapped up by early risers. Make sure to bring your own towel to sit on. 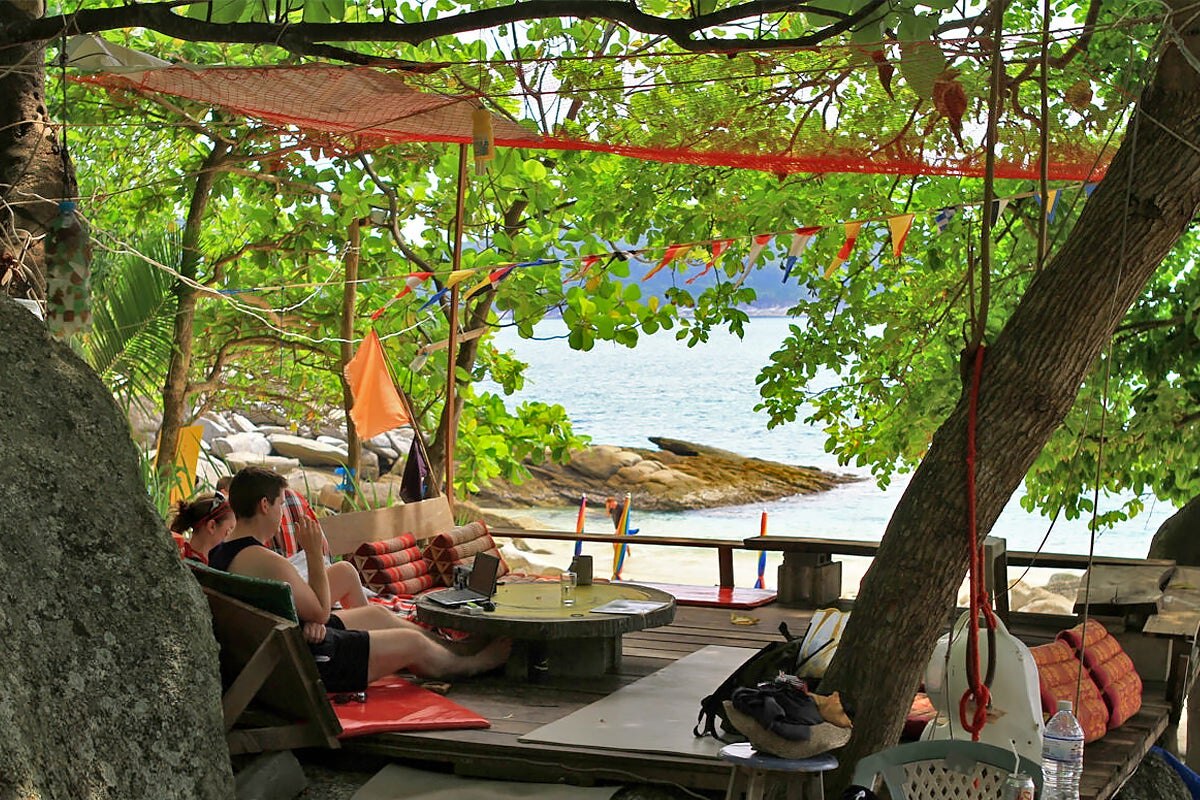 The restaurant on Ao Sane Beach is a cheerful place with good, cheap cuisine and an international bohemian atmosphere. It serves food from breakfast to late in the evening. Five minutes away, in nearby Nai Harn, the scope of meals ranges from snacks bought from the convenience stores to a choice of simple beach restaurants to fine dining at The Nai Harn. 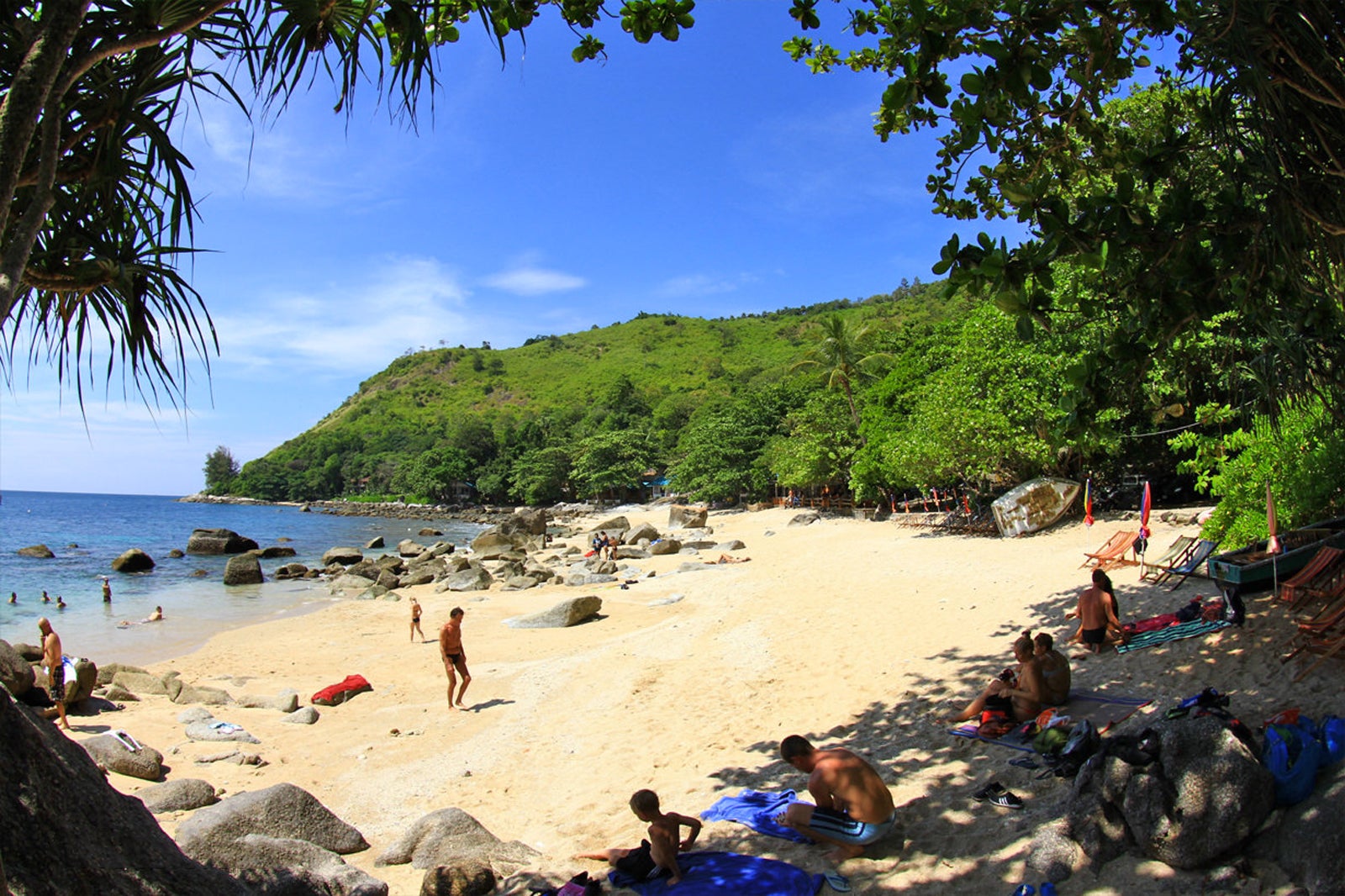 Because of the rocks on the beach, the rough texture of its sand, and a marked slope down to the sea, there aren’t a lot of sports like volleyball and football on Ao Sane Beach. However, it’s undeniably a magnificent snorkelling and diving spot. You’ll have to bring your own mask and fins as there are none for hire on the beach.

The underwater life here is outstanding and abundant. At low tide, go out at the easternmost end of the beach (the direction towards Nai Harn) as there’s a channel out through the rocks there.

Where to stay near Ao Sane Beach

For accommodation, Nai Harn has The Nai Harn and the nearby Sabana Resort. A little further inland is the Mangosteen Resort & Spa but the closest hotel to Ao Sane is the 3-star Baan Krating Resort, which lies some 500 metres to the west of the beach, along a track through the trees.