1997 was a year of change. Hong Kong was just handed back to China, the Asian financial crisis started after the Thai government floated the Baht, and in the only marina in Phuket, a young Josh Lee had a boat he needed to sell. 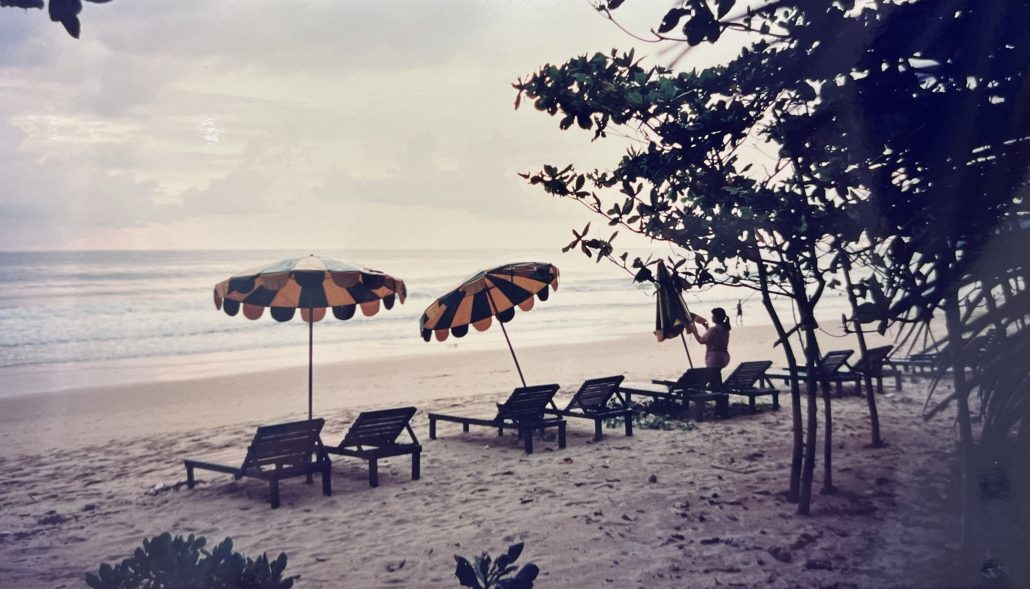 It was his boat, and he sailed it from Australia originally intending to stop at Singapore, where his employer had just relocated to after the handover of Hong Kong. But by the time he landed in Singapore he’d decided he no longer wanted to sit behind a desk, even though his research job (add) was fuelled with opportunities.

Josh sailed on to Thailand like many since decided Phuket had something to offer. As a sailor, the waters and islands around Phuket held much allure. But there was more than that. An opportunity seeker at heart, Josh saw the potential of the island when he inevitably found funds were running short and he decided to sell his boat. 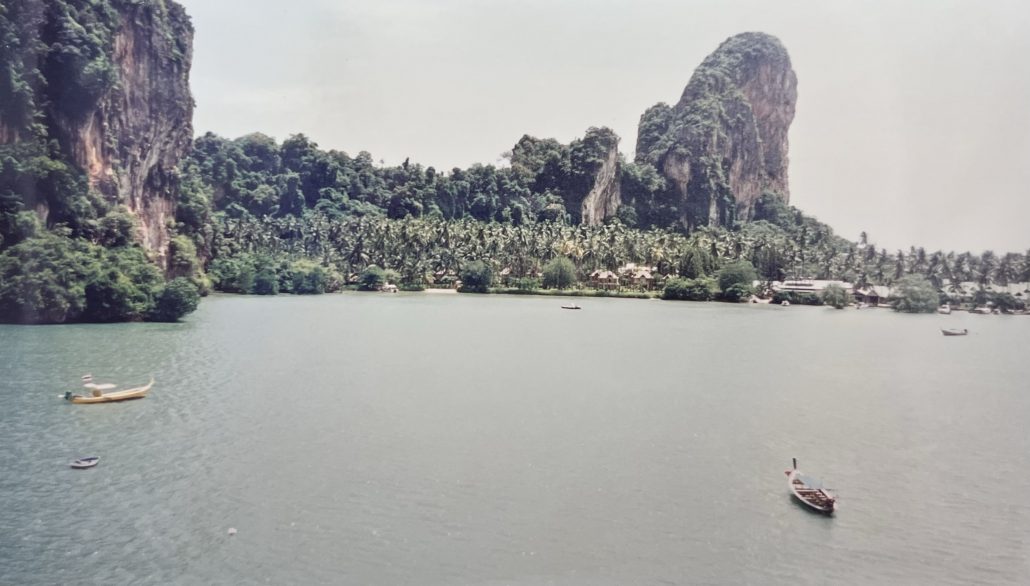 “Phuket was lovely when I arrived and there were lots of boats here but no infrastructure. It was hard to find a captain, find somebody to fix your engine or do any repairs, never mind help you sell your boat. But the islands were gorgeous, and I knew that all of that infrastructure would come in time,” says Josh.

Without an obvious avenue to find a buyer, Lee Marine was born.

Within months Josh, who by this time had met Martin, had over $100 million of inventory on the books, built up by talking to fellow sailors in the marina over a few beers, asking who needed to sell their boat, and presenting them with a floppy disc that could hold 12 photos – just enough to give prospective buyers an idea of what they could buy via a new fad called a website.

“When we began, each office in the Boat Lagoon could only have one phone line, which we used for a phone/fax machine. To connect to the internet, and reach more customers, we had to buy the bakery next door – we only wanted to rent their phone line but we ended up buying the bakery. It meant we got good healthy breakfasts along with an internet connection. We thought we were light years ahead,” says Martin.

Setting up the first office in the corner of the Boat Lagoon Josh and Martin started to formulate a plan. Little were they to know that 25 years later Lee Marine would be one of the most respected yacht dealerships in Asia. 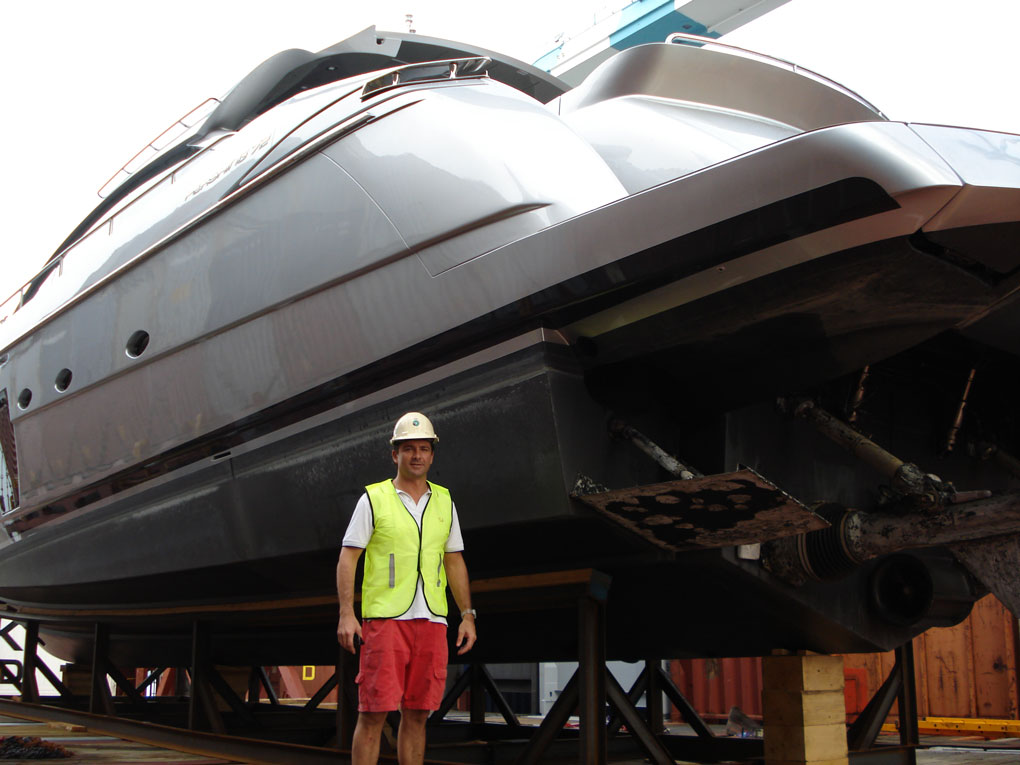 Since becoming Thailand’s first yacht brokerage Lee Marine has continued to forge new paths in the marine industry in Asia. During that time Phuket has gone from having one marina hosting 20 or so boats, to having seven marinas with over 1500 boats berthed, and from an island with facilities so limited that even the simplest repair job was a challenge, to having world-class support for everything from hi-end audio-visual equipment to complex boat navigation systems.

Lee Marine has forged strong relationships with clients, partners, colleagues, suppliers, and the community, and this has helped the company be at the forefront of developing the industry in Thailand and the region. From selling second hand boats and cleaning and delivering boats, to selling their first new build Riviera 39 in the early 2000s Lee Marine began its route to competing on a different playing field. Now the team guides customers through the build and customisation of luxury yachts, learning how large shipyards work enabling the company to oversee the production of the biggest custom built steel yacht ever delivered to Asia. 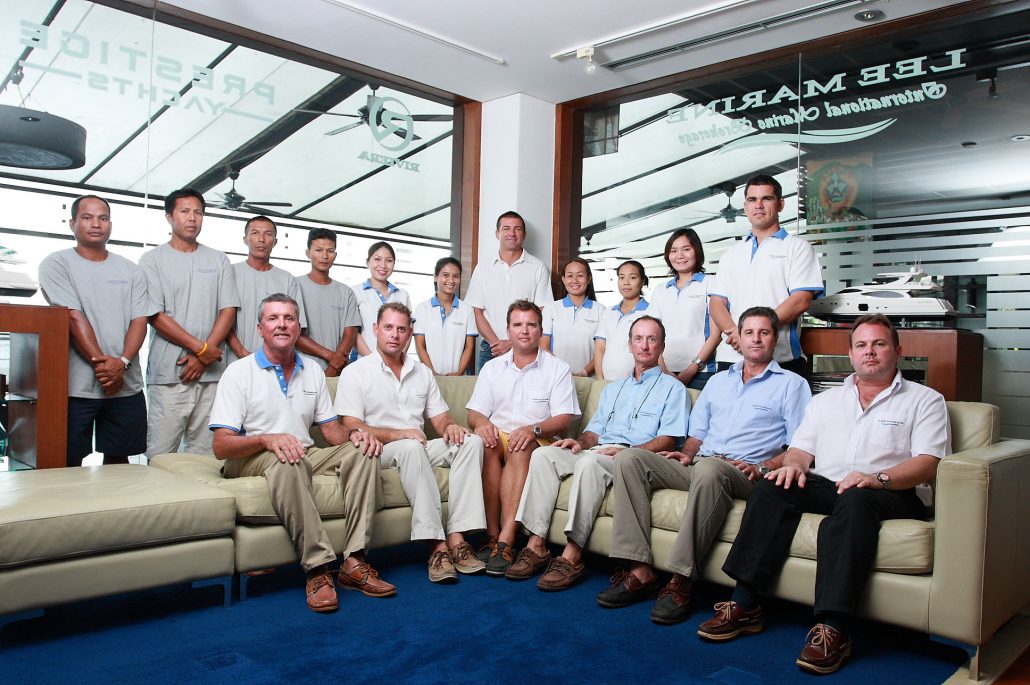 Today Lee Marine’s reach is global due to its licensing agreement with Northrop & Johnson. It’s a long way from listing boats over beers.

But what anchors Lee Marine to its roots and continues to steer its course today is the focus on their customers and the people that surround Josh and Martin and team.

“We really get a lot of satisfaction when clients come back in and say I want another boat and thank us for our service. Hearing customer says things like ‘it’s brought the family together, I feel younger, I’m fitter, I’m eating better and I’m sleeping better’ – these are the rewards that you don’t get when you have a mass market product and you don’t have enough time to make sure everyone is enjoying the product,” adds Josh. 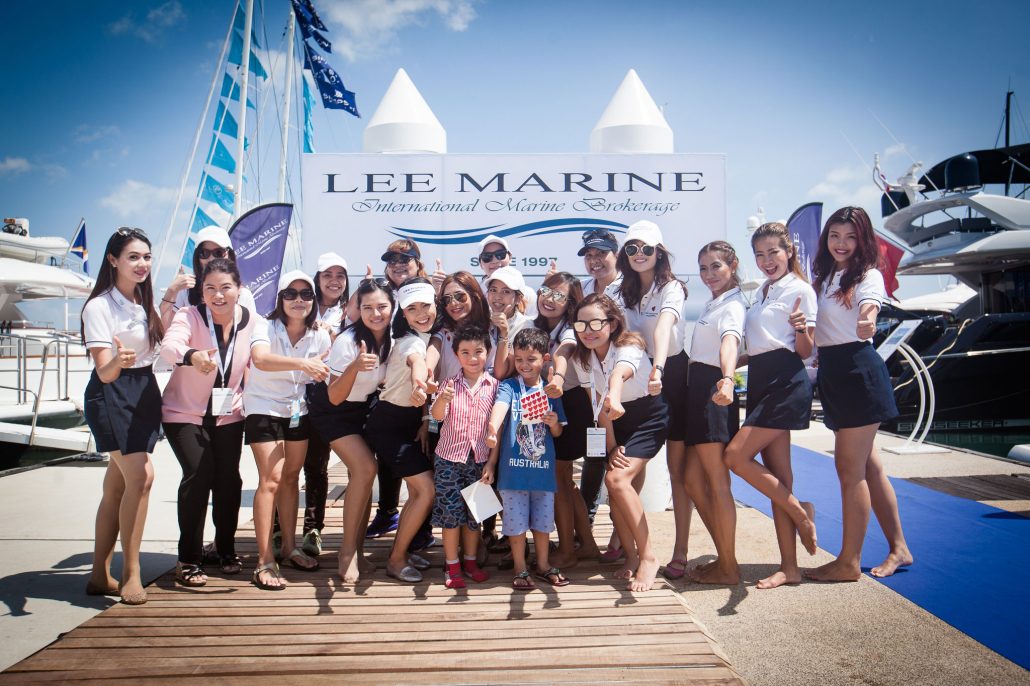 All in all, Lee Marine’s 25 years has been more about selling boats, and more about developing relationships.

“We’d like to thank our clients, partners, colleagues, suppliers, and of course our team and families for trusting us, teaching us, and for sharing their time with us. We’re proud to share our anniversary with them.” 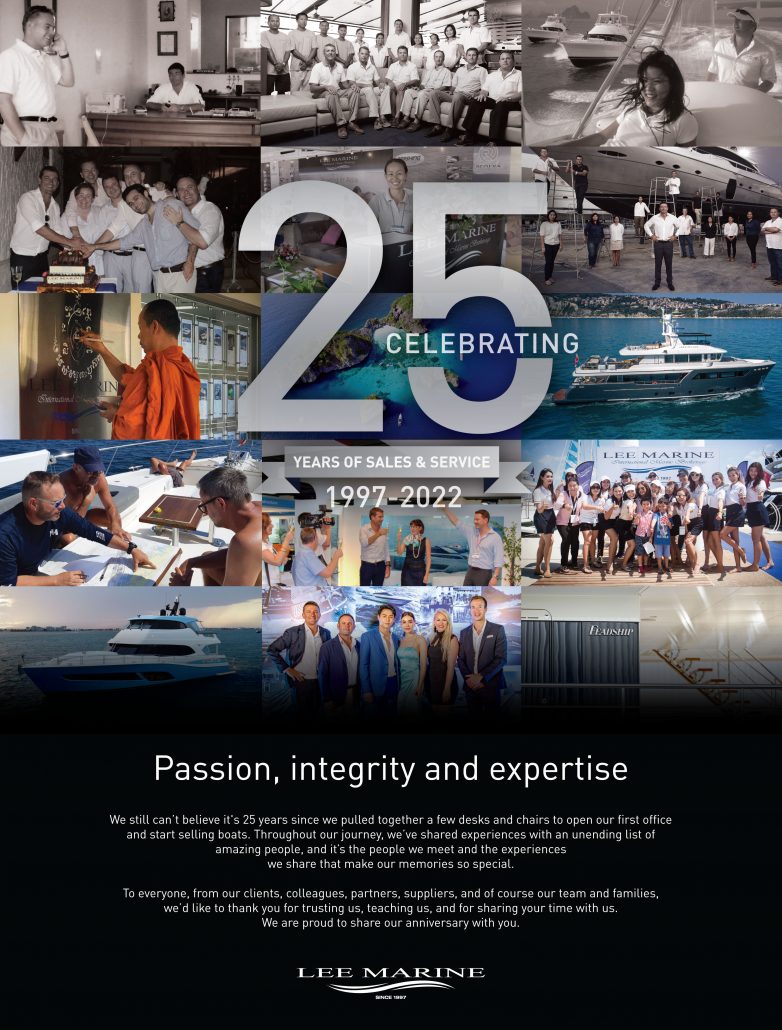